It goes without saying that the judicial system has been hit hard by COVID-19. This isn’t wildly surprising – there was no solid emergency response strategy in place for a situation like this, and as a result, a significant amount of time and resources have been expended to create a sense of control amongst the chaos.

It was acknowledged early on that certain individuals in the justice system would be disproportionately effected – accused persons in custody awaiting trial or sentencing, residents of remote communities that operate under a court circuit, and, of course, the victims in cases where there is uncertainty of if or when the case proceeds at all.

Since the World Health Organization declared a pandemic in response to COVID-19, law enforcement has tried to adapt where required. One of the most profound changes relates to the processing of newly accused individuals – and it may provide context into why intimate partner violence has surged during the pandemic. Between April 6 and May 6, 2020, 8 tragic incidents of domestic violence against women across Canada resulted in fatalities. There is, of course, no doubt about the fact that violence in relationships occurred before COVID-19, and will continue long after the pandemic is declared over – but there are aspects to a surge in intimate partner violence that are directly linked to the virus and to the policies that have been implemented when trying to process, manage, and supervise offenders.

Hundreds of accused persons awaiting trial in custody have been released, with chargeable offences ranging from assault, fraud, drug trafficking and beyond. Again, not surprising – as we’ve discussed previously on the blog, the correctional system serves as the perfect breeding ground for the virus, and it would be beyond cruel and unusual to take no action at all to protect those that are considered to be among the most vulnerable.

It’s the way that law enforcement has chosen to operate on a “catch and release” scheme in cases that would, under normal circumstances, require a bail hearing – and probably a highly contested one at that – that has likely contributed to domestic violence rates during COVID-19. Due to concerns about the nature of the virus and its ability to spread quickly, bail hearings have occurred less frequently, even with video-conferencing and telephone conferencing put into effect to streamline the process and protect the health of all parties involved. Instead of a bail hearing, an accused is more likely to be released on an Undertaking. The Undertaking may require that the accused check in with a bail supervisor weekly – something that is generally done on an in-person basis, where the most value lies in a face-to-face meeting – by telephone instead. 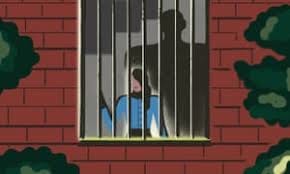 Aside from that, the “stay at home” order has, unintentionally, resulted in many victims of violence becoming prisoners in their homes. Public services like shelters and safe houses are stretched beyond capacity, and for some (especially people with underlying health conditions and people with children) entering into such an environment during a virus pandemic might seem even less tolerable than continuing to cohabitate with their abuser.

As with the other aspects of our lives – returning to work and school, chatting with our neighbors, planning vacations – the judicial system will, in one way or another, return to full operational capacity. But for those who have suffered the effects of intimate partner violence during the pandemic, there may be no return to the way things once were.

“Not only is this a concern with the possibility of misidentifying someone and leading to wrongful convictions, it can also be very damaging to our society by being abused by law enforcement for things like constant surveillance of the public” 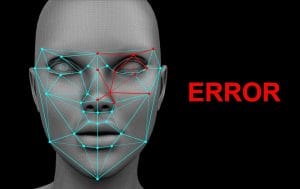 Star Trek. Back to the Future. District 9. I, Robot. These are only a few examples of films that have relied on biometrics – more commonly referred to as Facial Recognition – as a theme for entertainment. All are fiction based and while you may have thought of biometrics as a tool used by elusive government agencies like the FBI and CIA, that isn’t the case at all. Advancements in biometric technology have been seized upon by various law enforcement and government agencies across Canada – creating serious concerns from privacy and civil liberty advocates, and of course, criminal defence counsel.

The Calgary Police Service began using Facial Recognition technology in 2014. The system they use, known as NeoFace Reveal, works by analyzing an uploaded image and translating it into a mathematical pattern known as an algorithm. The image is then logged in a database and used for comparison against other uploaded images.

The Toronto Police Service hopped on board too. They reported uploading 800,000 images into their Repository for Integrated Criminalistic Imaging, or RICI by 2018. Their use of biometrics began with a trial in 2014, and in 2018, the Service purchased a system at a cost of about $450,000. Between March and December of 2018, the Toronto Police Service ran 1,516 searches, with about 910 of those searches (or 60%) resulting in a potential match. Of those potential matches, approximately 728 people were identified (about 80%). There were no statistics provided in relation to ethnicity, age, or gender, however, research has raised concerns about disproportionate effects of biometrics as it relates to people of color.

Manitoba Police do not currently use biometric technology as an investigative tool, although the idea was floated around in 2019 after the commission of a report concerning growing crime rates in Winnipeg’s downtown core. The Provincial government in Manitoba went so far as to suggest that this technology could be used to identify violent behavior – which sounds a lot like active surveillance, an unethical use of biometrics, which demonstrates one of the most profound concerns surrounding use of this technology. And while it is only a matter of time until the Manitoba Police do use this technology, many retailers in the province are already using it.

At home here in British Columbia, the Vancouver Police Department denies using Facial Recognition technology as a mechanism to investigate crime – in fact, back in 2011, they turned down ICBC’s offer to assist in identifying suspects involved in the Vancouver Stanley Cup Riots with the aid of their software. The office of the BC Privacy Commissioner confirmed that any use of ICBC’s facial recognition data by the VPD would amount to a breach of privacy for its customers.The office of the Privacy Commissioner of Canada has been keeping track since at least 2013 – yet, there is little regulation of the use of biometrics in public and private sectors.

The same cannot be said for the RCMP in British Columbia, who, as recently as two weeks ago refused to confirm or deny use of biometrics as an investigative tool, but questions have been raised as to whether or not the RCMP is a client of Clearview AI, a facial recognition startup pioneered by US citizen Hoan Ton-That. Clearview’s work has not gone unnoticed – Facebook and Twitter have issued cease and desist letters, making it very clear that they do not support Clearview’s objectives. Google issued a cease and desist letter as well – however, their position on biometrics is fuzzy – especially since they are trying to make advancements in this area as well. So far, though, they have come under fire for their tactics and the results that have been generated.

The Canadian Government’s position on the use of biometrics is established on their website. When you submit your biometric information at Service Canada (for example), your information isn’t actually stored there, rather, it is sent to the Canadian Immigration Biometric Identification System, where it will remain for a period of 10 years. Further, your biometrics information will be shared with the United States, Australia, New Zealand and the United Kingdom. And yes – you can refuse to provide this information – but it will likely put a kink in your travel plans. 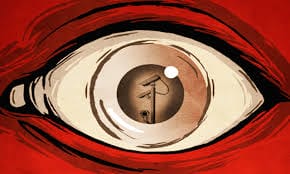 One important factor to consider about all of these agencies and their use of biometric technology is that this tool was never intended for use as active surveillance, or a method to intervene in incidents of crime in real-time. Whether it is a violent assault, sexual assault, theft under or over $5,000, murder or kidnapping, biometrics is an “after the fact” investigative mechanism. If used ethically and within parameters that preserve the privacy of all citizens 100% of the time, perhaps there would be no need for alarm – but that is incredibly unlikely. As more agencies begin to use this technology, the lack of regulatory oversight is bound to create an enormous pervasion of your privacy – and you may never know about it.