If you have been or are being investigated  with a criminal offence you have many crucial decisions to make. The consequences of being found guilty of a criminal offence in Canada go well beyond the immediate sentence and criminal record that result from a conviction being entered. Further consequences include travel and employment restrictions, registration and reporting for sexual offences, license suspension, disadvantage in family law proceedings, and civil liability. For these reasons, persons charged with a criminal offence are well advised to retain a criminal lawyer whose practice is either exclusively or significantly devoted to criminal law to deal with their situation in this complex area of law. This website is not meant as legal advice, rather it is provided to give you a general understanding of the criminal process and inform you of some of your rights.

Your Right to Speak with a Lawyer of Your Choice

Everyone who is detained or arrested has the right to retain and instruct counsel without delay and to be informed of that right by the arresting police officer.

Due to the legal complexities involved, all those arrested or detained are advised to act upon the obligation that the police have to offer access to legal advice and insist on contacting a Criminal lawyer. The police must not question while an accused person is seeking legal advice, but that rule no longer applies if the person is not diligent in doing so, which means you must demand to speak to a lawyer immediately and repeatedly if necessary. If a private criminal lawyer is not available, a duty counsel provided by Legal Aid certainly will be. Legal advice at this critical stage is essential to protecting your rights in Canada.

Tarnow and Company’s phone number is 604.278.0555 and is answered by a live person 24 hours a day and if you are calling from police custody, one of our lawyers will make every reasonable effort to speak to you, regardless of the hour.

The Police Want to Take a Statement from me – Do I Have to Speak With Them?

Everyone in Canada has the Right to Silence — that is, the right to choose whether to speak or not to speak to agents of the state (Police Officers, Customs Officers at the border, officials from the Tax Department). The right is engaged when a person is detained and investigated by the police, but it is not absolute. Questioning of persons in Canada before or after arrest is still permitted. Statements from accused persons form an important part of any police investigation, and therefore persons being investigated for or charged with a criminal offence in Canada are best advised to remain silent. Although statements can be volunteered, it is usually against the interest of an accused person to do so, especially while evidence is still being gathered during the investigation.

Police are allowed to use all sorts of techniques, including tricks, during the investigation to encourage the person charged to talk about the circumstances of the alleged criminal offence. Accused persons in Canada must be resolute and steadfast in responding to continued questioning by repeatedly saying they wish to exercise their right to silence. The Courts in Canada have said that the obligation is on the person being questioned by the police not to say anything, not for the police to stop asking questions. Doing so may prove difficult for a variety of reasons, such as the natural desire to respond to suggestions of wrongdoing. Nevertheless, speaking to police during the investigation of the alleged offence at the least involves the disadvantage of giving the prosecution advance notice of your defence, and, more importantly, can provide evidence that will be used against you at your criminal trial.

It is not just formal statements (either written or typed out, or recorded by audio or video means) that can be used against you, but rather anything you say at any time. Police in Canada will write down everything you say in their notebooks, whether you are present to see them do so or not. Exercising your right to remain silent is among the most important elements in protecting your position when being investigated, being charged, or during questioning following arrest.

How Does “Bail” Work?

Bail (known as “judicial interim release” in the Canadian Criminal Code) refers to the release from custody of a person charged with a criminal offence. All persons charged with a criminal offence who are not detained in custody by a judicial officer (a Justice of the Peace or Provincial Court Judge in British Columbia) are released on a form of bail. In all cases, the release order requires the accused person to attend court when required, and in some cases bail conditions are imposed. In some cases arrested persons in Canada are released at the scene of the arrest by the arresting officer. In others, the arrestee is taken to the police station and released by the officer in charge of the station, on conditions agreed to by the arrestee. In still other cases, the arrested person is held in custody and brought before a judicial officer for a criminal bail hearing (informally known as a “show cause hearing” in British Columbia).

The overwhelming majority of persons arrested in Canada are released. Everyone should avoid the temptation to waive the right to silence in the hope of making release more likely. The fact that a person has either talked to police about the alleged offence or chosen to remain silent is not a factor that is considered in determining if bail in Canada should be granted.

In British Columbia, Bail hearings are conducted 24 hours a day and can be done over the telephone, by using a video conference option or in person in the Court room. You do not necessarily have to wait days to see a Judge in Court before you can be released on Bail.

Both David Tarnow and Jason Tarnow have a long-standing reputation of successful Bail Applications. Do not hesitate to contact us at 604.278.0555 if you or a loved one needs our assistance with a bail hearing. 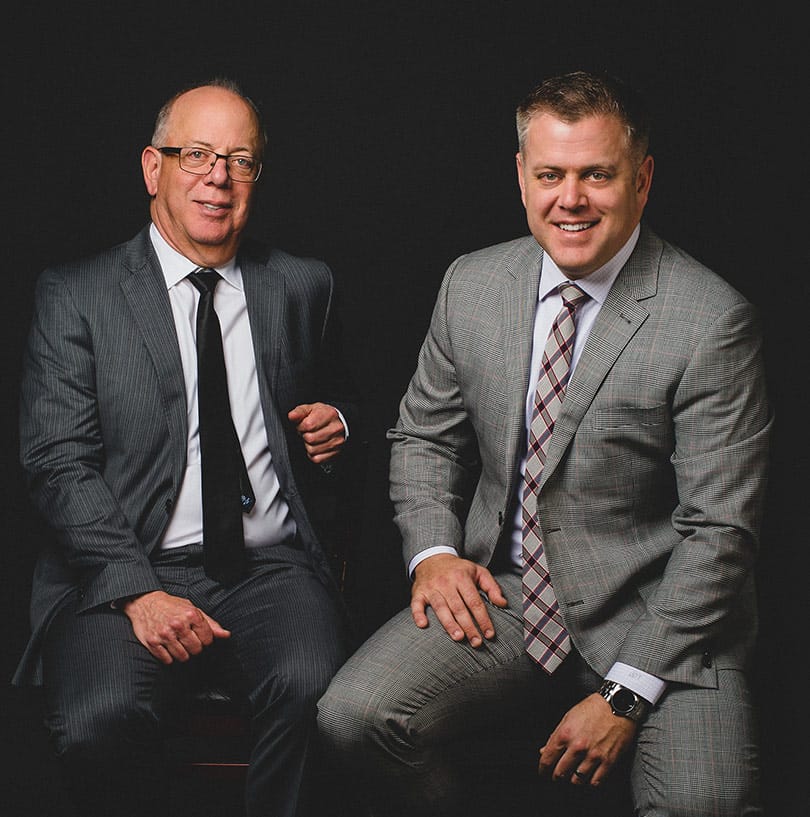 Call or Email us NOW for a FREE confidential consultation:

“Officer, I know my constitutional rights. Firstly, I refuse to speak with you, other than to identify myself. I further refuse to consent for you to search my person, or my residence, or my motor vehicle. I wish to speak to my lawyer immediately. If I am not under arrest, I wish to leave.”