Fake ‘til you ….get arrested

Whenever incidents relating to terrorism in Canada hit the news, the eyes of Canadians widen with revolt. Recent headlines elicited a similar response, with a healthy dose of confusion and curiosity added to the mix. 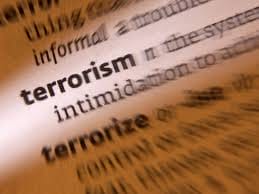 On September 21, 2020, criminal charges were announced against 25 year old Ontario resident Shehroze Chaudhry – but not due to allegations of committing acts of terrorism. Rather, Chaudhry has been charged under Section 83.231(1) of the Criminal Code – perpetrating a hoax regarding terrorist activity:

83.231 (1) Every one commits an offence who, without lawful excuse and with intent to cause any person to fear death, bodily harm, substantial damage to property or serious interference with the lawful use or operation of property:

(a) conveys or causes or procures to be conveyed information that, in all the circumstances, is likely to cause a reasonable apprehension that terrorist activity is occurring or will occur, without believing the information to be true; or 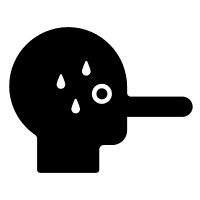 Chaudhry was a frequent guest on an award winning New York Times podcast known as “Caliphate”. He spoke, in gruesome detail, of his time as an ISIS executioner in Syria, among other things. But the charges levelled against him assert that his personal experiences as an ISIS soldier are fabricated.

While the NYT claimed to have verified his role in ISIS, he gave conflicting accounts to CBC, even going so far as to say he would take a polygraph to prove he had never killed anyone. He likely thought this would absolve him any criminal liability relating to terrorism offences in Canada, but the charges against him refute this misconception.

The details released from the police don’t specify if any other person was harmed or killed due to the alleged yarn by Chaudhry, but they will play a determinative role if he is convicted. The sentences range from a fine and imprisonment in a provincial correctional institution if prosecuted summarily, to life imprisonment should Crown proceed by indictment.

Chaudhry’s case demonstrates that Canadian jurisprudence condemns all activity relating to terrorism – whether it’s the real deal or not.

In one of our previous posts, we discussed biometric technology and the role it plays in Canadian law enforcement. It is, however, only one of the “predictive” tools utilized by the police in relation to criminal investigations.

A new report by the Citizen Lab at the University of Toronto goes into alarming detail regarding growth of algorithmic policing methods, and how this technology compromises the privacy rights of Canadian citizens. The report is incredibly thorough and comprehensive, delving into how this controversial technique offends various sections of our Canadian Charter of Rights and Freedoms. Firstly, though, it is important that our readers understand what algorithmic policing is. 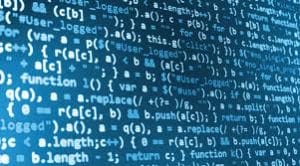 The overall success of any algorithm is the system’s ability to gather, store, and analyze data – with law enforcement’s methodology being no different.  A “location focused” algorithmic approach seeks to determine (predict) which areas are more likely to see criminal activity. The algorithmic system in these pursuits analyzes historical police data to identify geographical locations where crimes are, in theory, more likely to be committed. If this sounds familiar to you, then you’ve likely heard of, or accessed, the Vancouver Police Department’s GeoDash crime map – an online tool where you can navigate a map of the City of Vancouver by crime occurrence. You can choose from a variety of offences on the dropdown list, including homicide, break and enter, mischief, theft, and “offences against a person” which likely includes a variety of crimes such as sexual assault, assault causing bodily harm, and uttering threats. By looking at this map, you get an idea of which neighborhoods in Vancouver are most vulnerable to crime – except that it’s a little bit more sophisticated than that, and goes far beyond simply dropping a pin on the map. The public can see where the crime took place, but not who is alleged to have committed it.  The offender’s personal information is logged, in as much detail as possible, and becomes part of a larger system dedicated to predictive surveillance – i.e., it creates a profile of which individuals are more likely to commit a particular crime. This profile can be used to identify people who are “more likely to be involved in potential criminal activity, or to assess an identified person for their purported risk of engaging in criminal activity in the future”.

While this information is definitely concerning, there is another issue:  we have very little insight into the extent that this technology is being used. We know that the methods by which police gather information have historically discriminated against minority groups and those living in marginalized communities. This seems to guarantee that the VPD’s use of algorithmic investigative techniques relies on data that is often obtained through biased methods. We know that black and indigenous individuals are disproportionately represented in the correctional system, which can only mean that they are disproportionately represented in respect of these algorithms.

Although not everyone agrees that systemic racism exists within the VPD, the calls to address, unravel and mitigate the harm to marginalized groups continue to amplify. The idea that information collected under the apprehension of bias will not only remain on record, but will be used to further future investigations, is an indicator that Canadian law enforcement’s road to redemption will likely be a bumpy one.