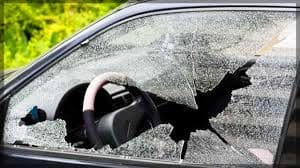 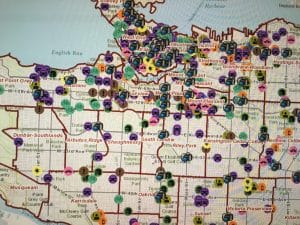 The Vancouver Police Department announced that it will be using a new form of intelligence to stop crime before it happens.

No, it isn’t the formation of the Psychic Task Force. It isn’t any sort of “Big Brother” surveillance method (I think) – rather, the VPD has declared it will be the first law enforcement agency in Canada to utilize a “crime prediction model” that will tip officers off to property-crime offences before they happen.

Unsurprisingly, the public has been given very little information about what this new tool is able to do. So far, all we have been told is that it is a computerized program that was apparently very successful in its 6 month pilot project.

The program identifies both residential and commercial areas that display a high-likelihood for property crime. Surveillance areas are set up within a 100-500 meter perimeter, and officers are then dispatched to those areas for visible public presence.

The presence of police, of course, acts as a deterrent for thieves and vandals.

Interestingly enough, this comes as a further development to the 2015 crime mapping tool developed by the VPD. This interactive map is available to the public, for use by anyone interested in learning more about which areas in Vancouver are deemed higher risk. While many people attribute

While this may seem like a weak method of combatting serious and ongoing theft and vandalism, preventative measures are only deemed necessary once an issue has spiralled out of control.

Charges that police hope to see a reduction in as a result of this new preventative measure:

It isn’t unusual to see “petty” crimes, such as minor theft, escalate into more serious situations that can include violent offences as well – for example, a man breaks into a vehicle looking for valuables, but the owner of the vehicle happens to come down to his car as the crime is in progress. An altercation ensues, police attend, and the charges include break & enter, theft, AND assault.  By preventing the theft, the entire situation could have been avoided.

Ideally, this tool will aid police in preventing some crimes from happening, but realistically, crimes will still occur in the areas that aren’t padded by police presence.

You have the right to remain silent…so, why don’t you?

What you say CAN and WILL be used

I think it is important to discuss the importance of exercising constitutional rights/freedoms. In particular, the right to remain silent when being questioned by law enforcement about alleged criminal activity.

Why does this seem to be the one freedom that no ordinary citizen wants to evoke? It is understandable of course – to a point. Yes, you want to be respectful and cooperative to with the police in the course of their investigation. This means conducting yourself maturely and appropriately, and politely advising the officer that you wish to exercise your right to silence – meaning you do not wish to have any further discussions whatsoever.

And you definitely are not taking the lie detector test.

There is a difference between cooperating and conceding.  Exercising your constitutional right to remain silent does not indicate guilt – it does absolutely nothing except protects your best interests, liberty, and quite literally your freedom (depending on circumstances).

Assuming guilt as a result of silence is what’s known as an adverse inference – and in the realm of criminal justice in Canada, an Accused person is protected from such an insinuation. So, there really is no downside to the advice that seems to evade people during times of crucial importance: don’t talk to the police. Remain silent. Protect your best interests. Seek legal advice. Trust the guidance you receive from seasoned legal professions. We have dedicated our livelihood to protecting the fundamental and inherent rights awarded to every single individual in this country – but in order to obtain the best possible outcome, you, the client, must have confidence in your legal counsel’s ability as your advocate.

This is best demonstrated by being mindful of the first piece of advice you will receive: DO. NOT. TALK. TO. POLICE.

Instead, advise them that any dealings they wish to have with you should be done through your criminal defence lawyer. Once retained, a criminal lawyer becomes the conduit between you and the police. This not only ensures that all communications will be appropriate and methodical – it also provides a new point of contact for the police generally.

Here is a short (non-exhaustive) list of circumstances under which seeking legal advice is strongly recommended:

1) You have been arrested and charged with a criminal offence;

2) You have been contacted by the police for a statement, interview, etc and you are unsure if you are being looked at as a suspect;

3) There is a warrant out for your arrest; or

4) You have reason to believe you will be investigated, arrested, or charged in the near future.

Whether the crime is violent (assault, aggravated assault, sexual assault, assault causing bodily harm, manslaughter, murder), financial (fraud over/under $5,000, possession of stolen credit cards, forgery), or falls under any other category, the experienced criminal defence lawyers at Tarnow Law Offices are well equip and ready to help navigate you through this difficult time from start to finish.